Transport Canada can’t handle the workload. Give them a heads up when irresponsible cowboys are making life difficult for the responsible operators.

Regulators are targeting people who operate their drones in an unsafe manner. They’re concerned about some of the most obvious “No-No’s” – such as flying near airports or aircraft. But the online form lists a number of other activities it considers unsafe or unacceptable, including flying close to or over.

“In the past few years, the use of drones in Canada has increased tremendously and it’s a good time to be working with this industry,” says the country’s Transport Minister, former astronaut Marc Garneau.

“Transport Canada is taking a number of steps to improve safety and innovation in this sector, including engaging retailers so new drone users are aware of the rules from the start; introducing an efficient tool for Canadians to report safety issues; and helping drone users test new technology.”

That “efficient tool” follows a couple of high-profile incidents – both of which critics claim have prompted knee-jerk responses from regulatory officials. The first incident, in May of 2016, involved the sighting of a drone in airspace near the Ottawa International Airport.

Of course, that’s an unsafe area for anyone to fly (and one of the reasons DJI embeds electronic “no fly zones” right into its software). But the reaction to the reported sighting was swift: NORAD dispatched two CF-18 Hornet fighter jets to the area. Not long after that, Transport Canada announced a “No Drone Zone” campaign, where people could obtain posters an declare certain events or areas as zones where drones are not allowed.

The second, and more controversial event, involved a Dash 8 commuter aircraft on November 16. While en route to Toronto, the Porter Airlines flight had to take evasive maneuvers when the pilots spotted an object in their flight path at an altitude of just under 3,000 metres.

Though it was widely reported as a “drone” – that’s not precisely what the pilots said.

“The pilots’ initial assessment was that it looked like a balloon. After debriefing, there is potential that the object was a drone,” said a statement issued by Porter Airlines at the time. The object was estimated to be about three metres in diameter. Two flight attendants were knocked around but not serious injured when the aircraft rapidly changed course.

There has not been, as far as TDC is aware, a serious documented collision between a manned aircraft and a drone, despite the many hundreds of thousands (if not millions) of them in use around the world. Nor is TDC aware of any deaths involving drones, other than from weaponized military models. (Feel free to correct us if you have seen credible reports, and we will add that information.)

In Canada, flying a drone in a potentially dangerous manner can cost you some serious coin.

“Anyone who operates a drone in a reckless and negligent manner, violates controlled or restricted airspace, or endangers the safety of manned aircraft could face fines of up to $25,000 and/or prison,” says a statement on the Transport Canada fact sheet.

Flying a drone recreationally is still fine, so long as it’s a smaller aircraft and you follow the rules laid out by Transport Canada. But commercial operators – those operating “for gain” – must first obtain a Special Flight Operations Certificate, or SFOC. This is a more complex procedure than the FAA’s Part 107 rule, which has quickly opened the skies to US operators who can pass a test.

Many operators and enthusiasts would like to see Canada take an approach closer to the FAA’s – requiring a basic knowledge and competency test, and then allowing more “regular” flights in safe areas to proceed without further paperwork or exemptions.

As for the online reporting tool, Transport Canada says it could take days for an investigator to follow up on the complaint. But if a witness sees someone operating in a manner that poses a threat to “safety, security or privacy,” it recommends that the witness immediately call the police.

The online form includes diagrams of four drone styles. Three of them are clearly consumer-type models, but there’s one anomaly: Curiously, the drone depicted in the first category has a profile similar to a Predator. 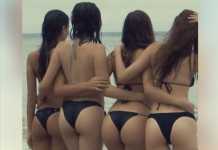 New Years trip to the beach by Marco Santos 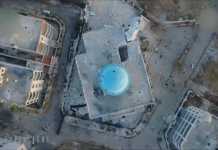 Some epic drone views of the waterfalls in Brazil!